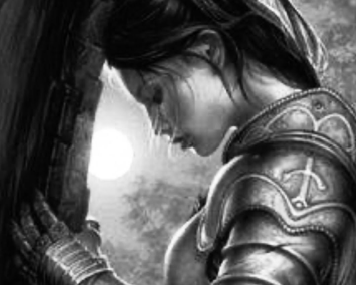 It was a Wednesday evening in the late spring of 2017. Panera Bread in Fond du Lac the halfway point between Green Bay and Milwaukee where Kathleen and I met for dinner. Kathleen was the wife of one of Kabeer’s former co-workers from a leadership group in town. We had met just a few times before, but it was one of those encounters where it felt like I had known her for years…

Kabeer was the first to meet Kathleen at a work Christmas dinner the year before. After talking to him for quite some time, something in Kathleen prompted her to want to meet me. It took more than a few months of back and forth communication using the husbands as middlemen, but we finally set a date.

I would consider myself fairly introverted and a little bit shy, especially in one-on-one meetings with new people. This day, however, I recall being eager and ready to meet Kathleen. I was in a good mood that morning until a few minutes before I left. I don’t remember the short feud between Kabeer and I, but I do remember hopping into my car and leaving in tears. Once I parked, I used the edge of my sleeves to blot at my tear-filled eyes, I took a deep breath to hide the hurt, then I walked into Grapevine Cafe. It didn’t take long for me to spot an inviting, beautiful, pepper-colored, short-haired woman. Once we saw each other, we sat in a tucked away dining area, and made our introductions. Just minutes prior, we were complete strangers. Shortly after, I was an open book. I burst into tears sharing whatever it was that had me crying that morning.

We were meant to meet and God set up that divine appointment exactly when I needed it. Her words were so encouraging, her wisdom was so insightful, and her love for the Lord was so inspiring. As we were winding down our chatty breakfast conversation, she ended with a prayer over me. It was a strong, non-timid prayer knowing that God heard and that He would be faithful to answer. That kind of prayer left its mark on me.

From there we had a few conversations over the phone, and one more meeting together at my house. As she grew to understand the depth of my relationship struggles with Kabeer, she would take on the role, as one of many, who would teach me how to truly fight this battle. Spiritual warfare was on and I needed to suit up.

Fast forward to the night at Panera Bread. It wasn’t the “getting to know you, cheery conversation” we had before. It wasn’t anything bad or troublesome either. It just felt like a coach or a captain giving orders and I was all ears waiting to receive them. By that point, God had been girding me up with strength, showing me how to pray with boldness, building up my confidence and understanding of the authority I had in Him.

When Kathleen talked she would often pause, close her eyes, and tilt her head as if someone was whispering right in her ear. With a nod, a soft voice and a smile, she would say, “Yup. Okay. Yes, Lord.” She did the same things that night but then turned to me. Her eyes were laser-focused on mine, “Eileen, I’m so proud of you! You have been faithful, you are courageous and I am well pleased!” She said more but that’s what resonated. It wasn’t her, but God through her, talking directly to me, His daughter.

As we parted ways, she began scrolling through her phone in a quest to find something. She explained to me that God had given her a vision of my situation. “How I wish I could give you a glimpse of how God sees you! I wish I was one of those artists who was gifted at depicting that kind of thing.” The swiping of her fingers finally stopped. She found it. “This is the closest thing to what I can’t explain in words.”

This picture left me speechless.

Two days later, Stephanie (part of the Circle) made arrangements for me to meet Kristi at her house. Kristi and her husband shared a Deliverance ministry together and had plans to meet with Kabeer and I the following week. She said she wanted to get together with me beforehand, before we met as couples, before there was any sort of context to connect to the circumstances. It was a non-formal meeting with 3 of us ladies over coffee. She said she had been praying all week for a word from God for me. She wanted God to direct her, and not say anything of her own accord. As she was explaining, she said she kept hearing the same word over and over. She said she questioned God about this word, and seemed almost dissatisfied with it. She described this word to seem almost manly and she was unsure if maybe she wasn’t hearing God clearly.

That word was VALOR. The dictionary defines valor as “great courage in the face of danger, especially in battle.” As she read this definition, she continued to give a description of a warrior, hesitant that she had offended me for attaching, in her mind at the time, a man of war to me. I gasped, put my hand over my mouth, and my eyes filled with tears. I was now the one to grab at my phone and scroll through pictures, just like Kathleen did two days before. I showed them the picture Kathleen showed me. That was it, that was what Kristi had such a hard time describing to me, until she saw her — the woman suited in armor, the one courageous in the face of danger, the one ready for battle. The three us sat there, just in awe of how amazing God is, how He used two people who had never met to convey the same message to me, Mighty Woman of Valor.

As God did with Gideon, a weak, fearful man who the Angel of the Lord declared a mighty man of valor (Judges 6), so God was doing with me — “calling forth into existence the things that do not [yet] exist.”(Romans 4:27) He was preparing me for what was to come. He used two women to speak truth and life to bring about in me what wasn’t there just yet.

Romans 5:3-5 says this, “Not only that, but we rejoice in our sufferings, knowing that suffering produces endurance, and endurance produces character, and character produces hope, and hope does not disappoint, because God’s love has been poured into our hearts through the Holy Spirit who has been given to us.”

Yes, times were tougher than I ever could have imagined. I experienced the suffering that produced endurance, the endurance that produced character, and the character that produced hope, but most of all, the hope that did not disappoint.

With all the unknowns the future holds, I can continue to rest in that same hope. God has shown Himself faithful over and over, and as He did then, will bring forth all that I need in the times to come. What an amazing God we serve, the God who gives us hope that will never disappoint.

Lord, You never cease to amaze me. Just as Your Word says, You give us everything we need pertaining to life and godliness. You call forth in us what we don’t see in ourselves. You prepare us for battle and we have the victory in You! Lord, thank You for using other people who are open and obedient to hear Your still small voice. May I be able to be an empty vessel used for You in the lives of others in that same way. In Jesus’ name. Amen