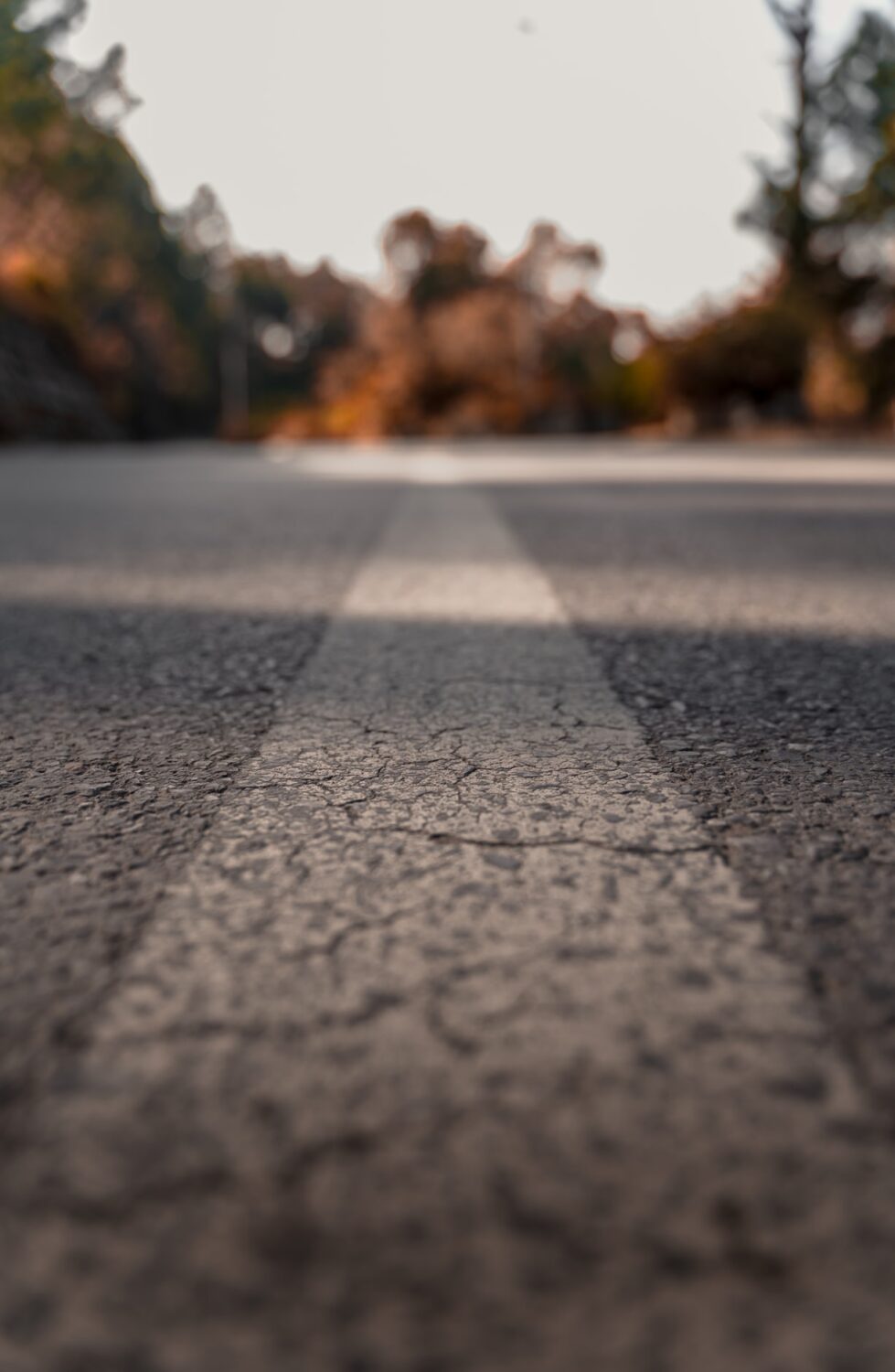 The trunk of our minivan was stacked high with laundry baskets full of clothes. Food, toys and care packages literally filled every inch of space that the kids’ bodies didn’t occupy. My prayer that morning was for safe passage from our house on Hill drive to a place of refuge. God did so much more…

As we walked into Brainfreeze Ice Cream Shoppe for our weekly Wednesday half price waffle cones, this day was anything but usual. This was the day that we would leave to meet up with all but one of the ladies from “the Circle” to say goodbye. As soon as I walked in, I saw them, smiled, gave a sigh of relief then burst into tears; into a sobbing that had not happened before. They were tears of relief, tears of sadness, tears of uncertainty and just tears that I held in for what seemed like an eternity. For the first time in years, I felt free and safe to cry. Like a soldier in battle there’s a time to be strong, to hold it in and to focus on the fight. When the battle is over though that’s when, if just for a moment, that soldier can let down his guard and allow himself to “feel.” That’s what happened when I got there. I had the freedom to finally let it all out.

I forget that not everyone knows this part of the story — the details that lead us up to this point:  from the place of once being considered a solid family who served the Lord, to the family that was struggling, to the family that is now separated, divorced and moved on with completely separate lives. After looking over past posts, I believe I’ve conveyed the dark times, the strengthening, the knowing of my identity in Christ that kept me pushing through. To a huge extent, even if things remained as they were, I would have endured. Even in a loveless marriage, I would have stayed. So how did it come to this?

To go into detail, which is what I am tempted to do, would take forever and isn’t necessary for this post. The condensed version that led up to that mid-July morning is this: God in so many ways, through so many different events and circumstances prepared me for this. Through my prayer times, His Word, other believers, sermons, and through Holy Spirit nudges, God was telling me it was time to go. He gave me all but a marquee sign to let me know that I was going to have to do something I would never fathom doing. I didn’t want to believe it and I kept asking, “God, is there no other way? Please, God, there has to be another way.” In His gentleness, He continued to make His answer even more clear, “Daughter, it’s time to go.”

It was sometime in June when Kabeer told me that our 3 year postponed vacation to Washington DC would turn into a trip to Tennessee instead. With all the tension that had existed for so long, I was actually dreading a road trip with the family. The tensions were too high. How could we go for such a long distance in closed quarters for an extended period of time when we couldn’t even go for an hour without some sort of fight? Until we got help, I was just praying that we would cancel the trip altogether. To cancel the Washington DC trip for a trip to Tennessee, however, was definitely not what I had in mind.

“What’s in Tennessee? Why Tennessee?” I asked. As he gave me his answer, I just recall my mind spinning in confusion, then in suspicion, then in fear correlating the eagerness Kabeer had for this Tennessee trip to the events and discussions that had previously taken place months beforehand. These feelings were confirmed after researching the “pastor” and “ministry” he raved about. Right away the website popped up which, in itself, seemed very odd — emphasizing the Old Testament Law, acceptance of polygamy (or polygany, as they say) pork eating as deserving of hell and a flat earth belief, to name a few. Without any extra search, the next link that followed was a website of allegations from 2012 to 2017 of different people associated with the cult. One after another after another were those expressing the damage it caused their families, marriages, finances, guns ownership, etc. I couldn’t believe what I was reading. I couldn’t believe the things I learned about in this “ministry.” I couldn’t believe how much Kabeer was intrigued to follow this teaching. It also dawned on me that the video I saw of that harsh man interviewing his wife a few months prior was the same man Kabeer wanted to visit.

All that I had gone through, all that I was willing to endure, and all that I was willing to work through took a whole other turn. As I said before, no matter what, I made a commitment to submit to my husband, as unto the Lord. With head coverings, Sabbath rules and many theological disagreements, regardless of what I thought, I submitted to Kabeer’s lead. This Tennessee trip and the teaching that Kabeer was now embracing, however, took me to a crossroad that I couldn’t tread lightly.

With this turn of events, so much was going on around me… Close friends were voicing their concerns on what I needed to do. Pastors were trying to counsel us. Mentors talked to us way into the wee hours of the morning trying to convince Kabeer to not take this trip. His old boss warned me that I needed to leave this dangerous situation as soon as possible.  The kids overheard Kabeer’s plan for the people in Tennessee to pray the jezebel spirit out of me. Kabeer adamantly decided he would take the kids to Tennessee with or without me… It was all so loud and so intense that I all I could do was cry out to God. “Lord, It’s You I need to hear! It’s You that is the only one that can drown out the noise in my head. Lord, I AM OVERWHELMED! God, I need you to lead me to the Rock that is higher than I!”

In His faithfulness, this is the scripture He pressed upon me, “You keep him in perfect peace whose mind is stayed on you, because he trusts in you. Trust in the Lord forever, for the Lord God is an everlasting rock.” ‭‭Isaiah‬ ‭26:3-4‬ ‭ESV‬‬

That’s exactly what I needed to hear: perfect peace when my mind is stayed on Him, because I trust Him. It was vital that I remain so close to Him; abiding in Him that I knew His voice so well; just like the sheep that knows his shepherd. God had been training me to do that during my quiet times; through everything during those 4 plus years actually. Yet this time more than ever, I had to know His voice so clearly and so strong that it would drown out everything else around me. As much as I didn’t want to, I knew what I needed to do. At this crossroad, I had to come to terms with who and what I was submitting to. With this teaching and this new direction Kabeer wanted to take this family, I was confronted with the question, “Am I following my husband AS UNTO THE LORD?” With all that was transpiring within the last few months of Kabeer following this “ministry” I knew in my heart the answer to that question. It was no longer as unto the Lord but a false teaching, a skewed and twisted view of scripture and a different Jesus other than One preached in the Bible. Jesus said “You will know them by their fruit.” He said that You will know who belongs to Him by “their love for one another.” The Bible also says “bad company corrupts good character.” What I saw was pride, arrogance, racism,  a degradation of women, a mentality that the man is like Jesus himself; a king to be served and called master. This wasn’t the man I married, this wasn’t the Bible I knew, this wasn’t the Jesus I surrendered my life to, nor was this anything close to the love, grace or mercy that came from our Abba Father.

After much pleading with Kabeer, his mind was made up. I knew that if we didn’t leave before that day, because I wasn’t strong enough, he would have taken those kids without me —- and there was NO way those kids were going without me. He left me no choice. God knew that and He already made a way. As hard as it was, He was directing those few steps ahead, like that lamp only unto my feet and not quite the light unto my path, not yet anyway. As scary and as uncertain as it was, I was in perfect peace listening to Him, obeying Him and trusting Him.

With a note in place telling him why we had to leave, with kids and everything packed up, with a hope that this would be a wake-up call for him to see what was at stake, we drove off to meet the ladies, then left for the refuge God had in store for us. God had set everything in place, paving the way for safe passage.

As I drove off, seeing my friends wave goodbye in the distance, I had no idea what lie ahead of us. I just knew I was following my God, my faithful Father who was with us, who would never leave nor forsake us. That was all I needed to know and was at peace with that.

I’m stopping here… to be continued. 😉

Yet this entry has more significance than I realize. It’s part of that grieving process, part of that letting go completely and embracing this new season, this new chapter in my life. It’s also a reminder for me to stay at that place of being so close to Him, no matter what: in that place of perfect peace when my mind is stayed on Him, because I trust Him. Especially where we are in the world today, with all the craziness, there’s no better place to be than in the stillness and presence of the Father. That is my prayer for me, for my family, for anyone who is reading this.

Lord, thank You that I finally let this one out. I know there’s more impact and significance than I realize in writing this one. Not only for me, but for whoever is reading this, let it be a time of healing, of letting go and clinging to You. May we all get to that place of drowning out everything so that Your voice is above all. Reality is this too, that there are those who will read this and lash out against me, continue to call me horrible things, continue to make claims and false accusations against me and my loved ones. Help us always to remember that we do not fight against flesh and blood but principalities and powers. Lord, I break off from me and my family any spoken word against us and I cast it away in the name of Jesus. I also pray, as You did, forgive them for they do not know what they do. Bless them as they curse me. Have mercy on them as You have mercy on me. Open their eyes as You’ve opened mine. In Jesus’ name. Amen.