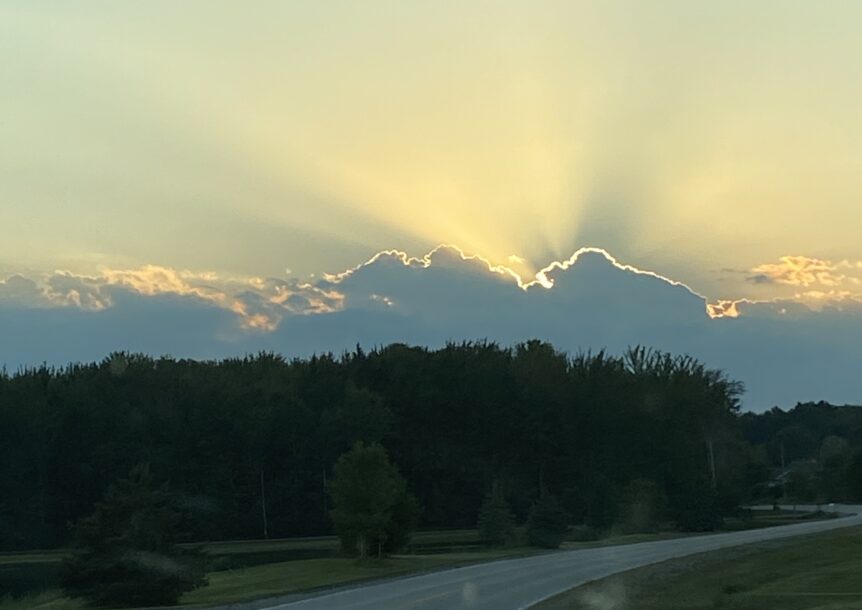 “You know you’re not created in the image of God, right?” That was the question that was nonchalantly thrown out to me as we were both getting ready in the morning. I was walking in and out of the bathroom, brushing my teeth and getting ready to take the kids to school. Kabeer was sitting on a bench next to the shower entrance, putting on his running shoes for an a.m. walk with the dog. This was a very common scene for discussions between us. More often than not, he would be the one talking and I would be the one listening. This particular morning was different.

With toothpaste still in my mouth, I blurted out, “Wait. What did you just say?” He said it again. “You know you’re not created in the image of God.” With an assumption that he was making an outlandish, out-there comment to start a conversation (he’s known to typically do this), I waited for him to give me the punchline. He continued on by reading 1 Corinthians 11 where Paul writes, “But I want you to know that Christ is the head of every man, and the man is the head of the woman, and God is the head of Christ…
… A man should not cover his head, because he is the image and glory of God. So too, woman is the glory of man.” ‭‭1 Corinthians‬ ‭11:3-7‬ ‭CSB‬‬

Kabeer was referring to verse 7 where Paul writes that “woman is the glory of man,” versus the sentence prior to that “man is made in the image AND glory of God.” Kabeer reasoned that since Paul did not say “woman is made in the image of God and glory of man,” then it was safe to conclude that women were not created in God’s image. Hearing him expand on his statement, I realized no punchline was coming. Kabeer was dead serious about his new revelation and wanted to teach me what he learned. As he continued with his thoughts, I just remember my jaw dropping in disbelief of what he was actually saying. To me it was a given, Christianity 101: “So God created man in his own image; he created him in the image of God; he created them male and female.” ‭‭Genesis‬ ‭1:27‬ ‭CSB‬‬

All sorts of thoughts began racing through my head… So where does that leave me? Am I somewhere in between man and animal? How am I seen by God? Do I have access to God like a man does? Does that make our kids “half image of God” and “half not?” I probably voiced a dozen more questions as I felt my blood pressure rising. I can’t recall his response to me or if I was even paying attention at all. I just remember saying, “If this is true, this changes everything for me. If this is true, then who am I to God?” I cautioned him, “Kabeer, this is a foundational truth. If Satan can get you to believe that lie, then he can have a field day on anything else in the Bible.”

Emotion was definitely stirring up in me. Kabeer, on the other hand, was wondering why I was making such a big deal out of it. Normally, I’m the one that’s pretty low key, not letting too much get to me, and not really having a strong opinion about things. I’m not one for talking much and I generally have that “I don’t care, you decide” kind of attitude — that is — UNLESS I have a strong conviction about something. This fell under that category. How can I abide in God if He did not create me in His image? How can I be a daughter of God, or fellow heir with Jesus, or part of the body of Christ, if I’m not the same as man? Did Jesus die for me or just for man; the male gender only? What “kind” was I if men and women were different? All those precious promises in God’s Word… Did they pertain to me anymore? What Kabeer now believed about the image of God truly rocked me to my core.

Kabeer held tight to his claim that it was not a big deal and thought I was blowing things out of proportion. He told me that nothing was really that different with his newfound revelation. At that moment, he seemed to be thinking of the masculinity in God’s image. God was a father, not a mother, therefore women could not be included in the definition of His image. I believed the image of God consisted of His nature, His character, His nurturing, His discipline, His totality which was reflected in the human race; both male and female. The conversation ended there that morning. It did not escalate but it left my mind spinning. This was the first of many discussions we had on the image of God.

When dealing with or refuting Kabeer, he would always say “show me in the Word.” Although I did agree that everything should be filtered through the Bible, some things aren’t that easy to just say, “in this book, this chapter and this verse, it says…” If you didn’t do that, then what you said was considered invalid. In the case of the image of God, all that I had at that time was Genesis 1:27, where God says He created them male and female. Even though that verse seemed to be pretty cut and dried, Kabeer had a way of finding a discrepancy with it. I knew there were more scriptures in the Bible regarding all people being created in the image of God, but I didn’t know exactly where. From that point on, I was on a mission to find more.

I brought up Genesis 9:6 where it says “man shall not shed man’s blood for he is created in the image and glory of God.” I would ask him, “So does that mean women can kill each other? Or can a man kill a woman since she’s not created in God’s image? In Genesis 1:28, when God tells man to be fruitful and multiply, did he mean man was to “produce” with another man? In the New Testament, how could Jesus, God himself, come out of Mary, who was not created in His image? There were so many things that didn’t make sense, so many logical arguments that went against his viewpoint. Yet, if it wasn’t “referenced in scriptures,” he didn’t regard it.

What initially was not a big deal became a monster increasingly rearing its ugly head. I saw a change in his demeanor toward me as he brought up more discussions of men and women not being equal. I saw our partnership; two people who God put together, two opposites who complimented each other, two voices who challenged each other, vanish before my eyes. He constantly talked of women being created for men, forbade me to listen to certain “egalitarian” teachers, told the kids that we would walk out if a female speaker was at the pulpit, etc… All of this added to the already tense disconnect between us. Even the comment, “Face it. Your prayers aren’t being answered because you’re not made in His image,” came out of his mouth. Ouch! This new concept became a part of our theology and made me feel like I had lost my voice, my relevance, and my significance as his wife and as a child of God. “Lord, how do I do this? How could this not be a big deal? Lord, who am I and do You even hear me?” It had been over 20 years since I had given my life to Jesus, and now so much doubt took over. I was broken and helpless. Not only did I feel a wedge between my husband and myself, but now I felt a wedge between me and the one who I had always known as my Abba Father. To not know who I was in the grand scheme of things felt like I was just a blurb who took up space in this world. That was Satan’s plan, to cause confusion and doubt. It always is. Unfortunately, it was working.

One morning my Bible reading was 2 Corinthians 3:18, “And we all, with unveiled face, beholding the glory of the Lord, are being transformed into the same image from one degree of glory to another. For this comes from the Lord who is the Spirit.” ‭‭

I had read the Bible several times before, but that was what the Holy Spirit spoke to me that day. “We ALL, with unveiled face, are being transformed into the same image…” Then in Romans 8:29-30, “For whom He foreknew, He also predestined to be conformed to the image of His Son, that He might be the firstborn among many brethren.” TRUTH came in to crush the confusion. I was back, snapped out of it, no longer a blurb that took up space. I was fearfully and wonderfully made, created by God, created in His image, for His purpose and glory.

The mission to find scripture was one I attempted in my own strength. The “scripture interpretation” battle I took on with my husband, in order to prove him wrong, got me nowhere. God showed me how far I had drifted from Him because I took my eyes off of Him. This fight was never mine to begin with. This fight, like all battles we attempt in our own strength, will end in defeat. God had to teach me how to lean on Him, how to press in to Him through prayer, through the reading of His Word, and through seeking the Holy Spirit for guidance. It was vital that, without a shadow of a doubt, I knew that I was created in His image. Without understanding this, without understanding who I was in Him, Satan would have eaten me alive. Knowing who I was and am in Him allowed me to understand that I could always come boldly to the throne of grace. I knew that every word of love, of goodness, of promise, of salvation and so much more, was for me; for all of us. It’s there for the taking to whoever will receive the precious gift of Jesus.

God also taught me that my battle was not to convince another. That was His job. As much as I wanted Kabeer to see the truth, even if I showed him every verse in the Bible to prove him wrong, I wasn’t the one to open his eyes, I wasn’t the one to take the blinders off. All I could do was pray, let go and give it to the Lord. No more getting in the way no matter the outcome. There were more battles to come, more lies to filter through, but I thank God that through those battles, His truth and his strength were seared in me. I know who I am, I am confident in who I am — because of who He is.